Since the completion of the Human Genome Project at the start of the 21st century, scientists are understanding more and more about the link between genes and disease. In this article we explore the exome, its function in the human body, and how the relatively new procedure of exome sequencing could pave the way for a cure for cancer.

What is the human exome?

The human genome contains all of our DNA information in the form of genes and chromosomes. Each human genome is a unique genetic blueprint integral to our physical makeup, dictating the way our bodies function and, to some extent, our susceptibility to disease.

The exome is the portion of the genome that is responsible for protein coding. It accounts for less than 2% of our genetic code. Nevertheless, scientists have discovered a strong link between protein coding and disease: most (85%) of the known genetic mutations that have a large effect on disease are contained in the exome.

Who discovered the exome? 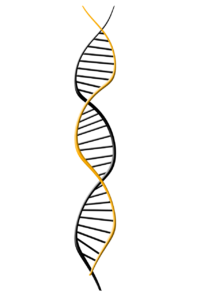 Researchers Richard J. Roberts and Phillip Allen Sharp discovered the human exome in 1977. Their work established that separate regions of DNA serve different purposes. Roberts and Sharp demonstrated that protein coding regions of the genome are made up of introns and exons.

DNA contains four primary nucleobases represented by the letters A, C, G and T. The human genetic code is a double-helix-shaped chain consisting of pairs of these nucleobases (base pairs). Together, they transcribe a complicated set of instructions on how to build a living organism and how its body should function.

A copy of our genome is found in virtually every cell of the body. It lies within the cell nucleus. The nucleus isolates DNA, closing it off from the rest of the cell. Ribonucleic acid (RNA) serves as a messenger, delivering instructions from DNA to the cell beyond, effectively telling it how to behave.

In order to manufacture proteins, RNA delivers genetic coding from DNA, exporting it from the nucleus and translating it into a protein. Roberts and Sharp noticed that somewhere along the way, RNA seems to lose portions of this message. After conducting a series of experiments, the two scientists realized that this loss was no accident. They concluded that it was a critical part of the messaging system, rather than a malfunction.

RNA that is about to leave the cell nucleus undergoes a splicing process. Splicing removes portions of RNA, effectively streamlining the message delivered from DNA to the cell beyond the nucleus.

Scientists call these removed sections of pre-message RNA introns; what remains to be delivered are blocks of exons. Exons provide cells with a final, conclusive set of instructions on how to build proteins.

Whole genome sequencing involves sequencing all of the genetic material contained within the genome. Contrary to popular perception, most genetic tests concentrate on a limited subset of DNA.

Typically, genome sequencing involves testing exomic DNA. Scientists know much more about exons than introns. Since the dawn of modern genomics, scientists have concentrated on exons, writing introns and other portions off as “junk DNA.”

However, evidence is emerging to suggest that introns may have a far greater impact on health than first thought. For example, studies have revealed a link between the MCM6 gene’s intronic region and lactose intolerance. As research continues to tease out the function of noncoding DNA, scientists expect to move more and more genetic sequences out of the “junk DNA” category.

Still, though scientists are beginning to attribute more significance to introns, they remain comparatively unchartered territory—the majority of research having been conducted on exons because of their more obvious links with health and disease. Experts attribute 85% of recognized disease-related DNA variations to the exome. For now, at least, until scientists attain greater understanding of introns and their relationship to human health, it makes sense to concentrate on the exome.

How could exome sequencing help treat diseases like cancer?

Exome sequencing is a cost-effective alternative to whole genome sequencing, providing medical professionals with more manageable datasets in order to analyze risk. By effectively ignoring 98% of the genome and concentrating on protein coding regions, researchers can focus valuable time and resources on the likeliest genetic candidates. In a time-sensitive disease like cancer, this can be crucial.

Genetic sequencing allows medical professionals to provide a more precise estimate of an individual patient’s risk factors, or to tailor treatments to the unique genetic makeup of the patient in order to offer the most effective therapies possible.

Experts hope in this way to develop immunotherapies that will effectively unlock the body’s ability to cure itself, not just of cancer, but a range of debilitating and fatal diseases.