Cancer genomics is regarded by experts worldwide as holding the key to finding a cure for cancer. In this article we examine what cancer genomics is and its potential to save millions of lives.

The genome is our genetic blueprint containing all of our DNA. DNA is the genetic data that dictates our physical appearance, our physiological responses and, to some extent, our susceptibility to disease.

We each have our own unique genome. We carry our genome in virtually every cell of our bodies. The genome gives cells instructions on what to be, for example, dictating whether they are skin cells or kidney cells. It also tells cells how to behave, letting them know whether they should grow and divide, mend themselves, or die.

It is during the cell division process, when one cell becomes two, that mistakes can occur in copying the genome. Scientists call this a gene mutation. Genetic mutations can occur in natural cell activity or by chance. The cause can also lie in external factors such as radiation.

Most of these mutations cause no ill effects. The cell has the capacity to repair mutations within the genome and, most of the time, it does so immediately. If the damage within the cell is significant, the cell may self-destruct instead, or the immune system should detect and destroy it.

Occasionally, mutations occur in critical genes and are so severe that the cell no longer knows how it is supposed to function. If the immune system fails to detect this errant cell, multiplication can get out of control. The cell no longer knows how to repair itself or self-destruct as it should, it just continues to divide and multiply, making more and more mutated cells. These form a mass of tissue, known as a tumor. Cancer genomics researches what causes these mutations as well as investigates how to stop them. 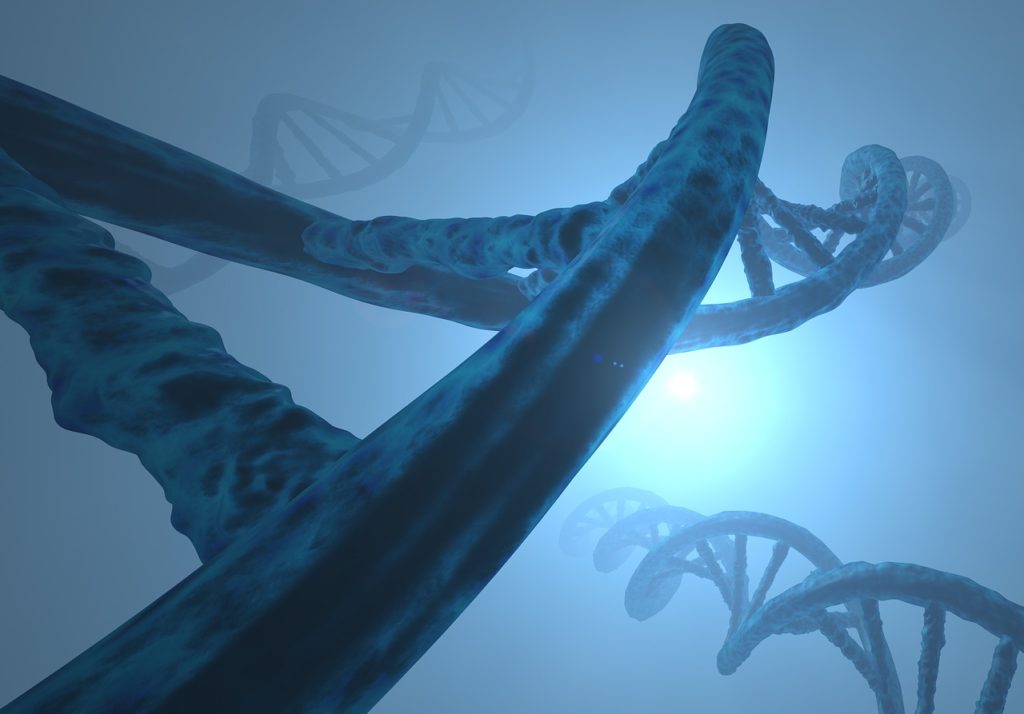 Can I inherit cancer?

You cannot inherit cancer directly, but you can inherit a genetic fault that places you at greater risk of developing the disease. Scientists have carried out a vast amount of research on the subject, leading to the development of tests for cancer genes, including those linked to bowel, breast, womb and ovarian cancers.

Just because a person carries a cancer gene does not mean that he or she will develop the disease. However, with many forms of cancer only presenting symptoms in their advanced stages, knowing the risk ahead of time could prove potentially lifesaving. Those who know they face an increased risk can make better lifestyle choices, increase monitoring, and in some cases opt for surgical intervention to decrease their chances of developing the disease.

How close are researchers to finding a cure for cancer?

Since the successful conclusion of the Human Genome Project at the turn of the century, genomics has been the most rapidly advancing life science. Numerous studies are currently underway to investigate possible genetic interventions to treat fatal diseases like cancer.

Experts liken our current position on genomics to Alexander Fleming’s discovery of penicillin. The development of an expensive penicillin is the single most important achievement in the medical world to date, saving an estimated 200 million lives since its development. Nevertheless, development of the drug did not happen overnight, but was completed 75 years after the discovery that microbes caused infectious disease. Experts suggest that with cancer genomics, though we have made huge advancements in recent years, we are only about halfway. We still have a long way to go.

The good news is that although sequencing the first human genome cost $3 billion in 2001, that cost is rapidly falling. This means that the cost of research has decreased drastically, allowing experts to conduct much more research, progressing further and faster over the past decade.

As sequencing costs continue to fall, scientists are able to amass a comprehensive catalogue of data on the genetic mutations responsible for diseases like cancer. Though this information does not provide a cure in itself, it helps researchers see how the pieces fit together.

Cancer therapies are already shifting away from generic, cellular poisons, to sophisticated products aimed at particular cancer-associated genes. There is still some progress to be made, with some cancer drugs raising hopes by making tumors disappear, only for them to develop resistance to the drugs and return.

Experts point out that finding a cure for cancer is a numbers game, pointing to the case of HIV. This contagious disease was seen as a death sentence just 30 years ago. Today, symptoms can be managed with a combination of three drugs. Each drug alone has only limited effectiveness, but taken together, they keep HIV symptoms at bay, enabling people with the condition to lead relatively normal lives. This seemed almost unthinkable in the 1980s. With a finite number of cancer cells, scientists hope to find the winning combination of drugs for each type, curing cancer in much the same way.