The United States possesses the safest and most advanced drug development system in the world. In the following, we explore the standards that pharmaceutical companies have to meet in order to gain approval from the U.S. Food and Drug Administration (FDA) for the release of new drugs, ranging from over-the-counter aspirin to the seasonal flu vaccine.

The FDA Center for Drug Evaluation and Research

This government division monitors all prescription drugs, as defined by the Food, Drug, and Cosmetic Act. Since the United States Congress passed the act in 1938, all new drugs must undergo mandatory testing by the Center for Drug Evaluation and Research (CDER) prior to release in order to ensure their safety and efficacy.

Today, CDER employs around 5,000 people and has an annual budget of over $1 billion. CDER’s safety team monitors more than 3,000 prescription drugs and their effects on 200 million patients.

When reviewing new drug applications, CDER’s primary objective is to ensure that both prescription and over-the-counter medications are safe and effective.

Initially, drug sponsors make a formal proposal to the FDA for a preliminary license.

Before pharmaceutical developers can try out new drugs on humans, they must obtain an Investigational New Drug designation. In order for the FDA to grant an application, developers must provide evidence indicating that the drug is safe to test on humans. This is usually achieved via in vitro and in vivo laboratory studies. 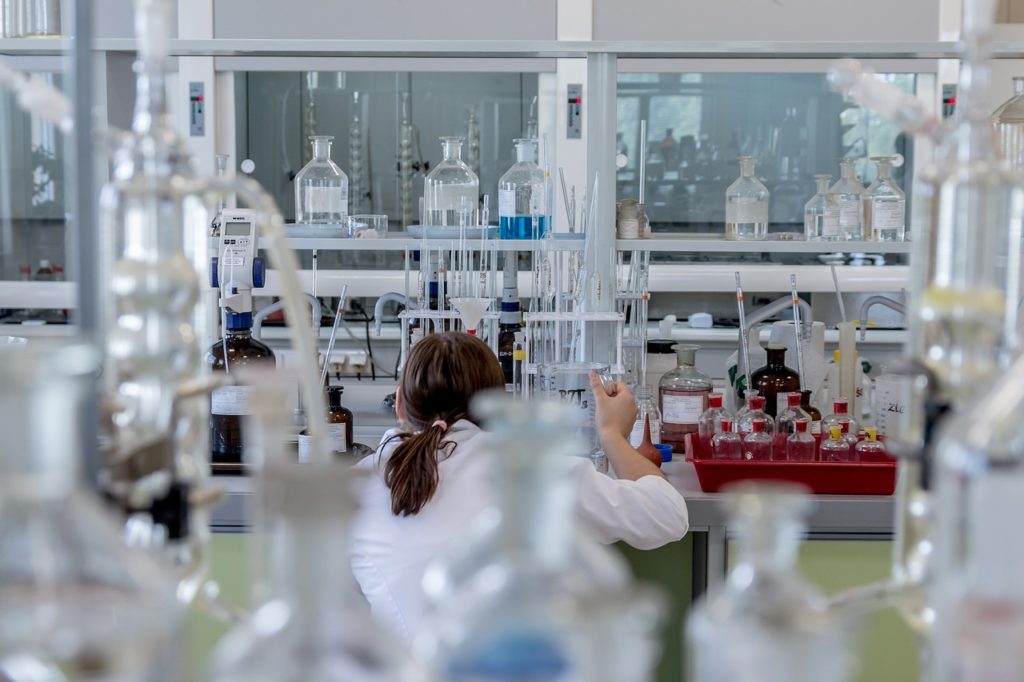 The legal requirement for a new drug’s approval for release to the general public is “substantive” evidence of its safety and effectiveness. This basic standard lies at the heart of the drug approval process. Drug developers conduct clinical trials in an attempt to prove the efficacy of a candidate drug. Clinical trials consist of four key stages:

The legal requirement for the approval of a new drug is that its benefits must outweigh its risks.

Only after a candidate drug has successfully passed through this stringent process can developers apply to the FDA for a license that permits them to release the new drug for sale. Applicants must codify testing results to the license application, along with the product label and prescription information. The application, along with all supporting documentation, becomes a public document upon submission.

Developing new drugs is an inherently arduous and time-consuming process that involves years—if not decades—of research. Only around 30% of candidate drugs make it through the entire process and receive FDA approval for release to the general public. When submitting an application for approval, developers must effectively provide the FDA with full details of a candidate drug’s life story, which can include animal studies, the results of clinical trials, how the drug behaves in a human body, and the manufacturing process from start to finish. The FDA then has 60 days to carry out its preliminary review and come to a final decision after undertaking a standard review some 10 months later.

Drug monitoring continues long after approval for release to the public. The FDA continually monitors every drug on the market. It inspects manufacturers’ premises, checks labelling and tests drug samples, and evaluates the drugs’ potency to ensure that they continue to be safe and effective. If the FDA were to detect a breach of its standards, it would have the power to revoke licenses with immediate effect in order to protect the public’s health.

Some drugs may cause cause adverse effects. The United States has several reporting systems in place to protect the public health, the main one being MedWatch.

An FDA-operated program that began in 1993, MedWatch provides medical professionals with online analysis tools and the general public with searchable databases. MedWatch also broadcast medical public safety alerts, such as public recalls, via website announcements, Twitter, and email lists. The public can inspect all of MedWatch’s records.

Voluntary reporting by medical professionals and patients can be undertaken through a one-page reporting form online, by phone, by fax, or by mail. The FDA devised the system to alert it to signals that a drug poses a hazard to public safety. If the FDA detects a risk, it will issue safety alerts and can impose labeling changes. Should the FDA perceive a serious threat to public health, it can order product recalls, labeling changes, or sales withdrawals.