Scientists have understood for some time that there is a link between certain genetic permutations and an individual’s susceptibility to cancer. Logically, it therefore follows that one of the keys to curing cancer may lie in tackling the disease at a genetic level.

In this article we explore the world of cancer genomics, its success stories, and the potential of the relatively new medical field of gene therapy to cure various types of cancer.

What are cancer genes? 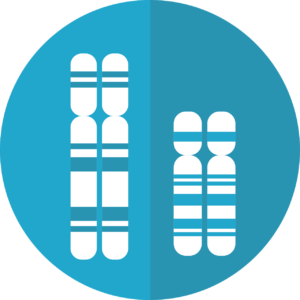 Some genetic anomalies may make a person more susceptible to developing cancer during his or her lifetime. If specialists detect a gene fault, there is no guarantee that the affected individual will ever develop cancer. However, cancer-related genetic abnormalities can increase the risk, in some cases by a considerable amount.

Cancer is a very common disease, occurring in approximately 50 percent of the population, predominantly in people over the age of 60. Geneticists attribute between 90 and 97 percent of all cancer cases to spontaneous genetic changes during a person’s lifetime rather than inherited gene faults, though the evidence is far from conclusive. Common causes of sporadic cancer include the aging process and environmental factors such as smoking or exposure to UV rays.

However, if a cancer-associated gene mutation passes down through the generations, elevated incidence of certain cancer types may show up in that family’s history. If several family members have developed related cancer types at a younger age, this can indicate there may be an underlying genetic fault. The only way to conclusively establish this is to conduct genetic screening.

How is genetic cancer screening performed?

Testing is usually performed on a blood or saliva sample obtained in the doctor’s office and sent away for laboratory analysis.

What are the advantages of genetic cancer screening?

Early diagnosis and intervention are crucial components of the successful treatment of certain forms of cancer. Some cancer types cause few or no symptoms until the advanced stages of the disease. This means that genetic cancer screening can provide specialists with insight into a patient’s genetic makeup by checking for cancer-associated DNA “markers.”

Experts have found some hereditary cancer types behave more aggressively than sporadic instances of the same disease. Studies have revealed that this is particularly the case with prostate cancer, a cancer type that rarely presents symptoms until the later stages.

Research suggests that hereditary cancer may respond differently to specific treatments than sporadic forms of the disease. This means that genetic cancer screening can play a pivotal role, not just in diagnosis, but in formulating effective care plans and improving individual outcomes.

When experts detect an elevated cancer risk, patients can work with genetic counsellors and medical practitioners to reduce the odds of developing the disease in their lifetimes. This can include lifestyle changes such as reducing alcohol consumption and exercising more. Some people who undergo cancer gene screening opt for surgical intervention if the risk of developing cancer is found to be severe.

Cancer genomics is used to treat both hereditary and sporadic cancer types at a cellular level. Cancer genomics is a relatively new medical field, with the first human genome only being successfully sequenced at the start of the 21st century.

This advancement provided scientists with unparalleled insight into the effect genes have on the human body, particularly in terms of our susceptibility to disease. Building on the US-led Human Genome Project, the 100,000 Genomes Project is a UK-based initiative designed to improve cancer care through better treatments and the implementation of personalized medicine.

Cancer is a genomic disease caused by DNA changes. A tumor arises where cells divide and multiply uncontrollably. Through increased understanding of this process, scientists hope to be better equipped to intervene. The goal is to disrupt errant cell multiplication and halt tumor growth in its tracks.

How does gene editing offer a potential cure for cancer?

Gene editing is still very much in its early stages, with much research to be conducted before it is available to the general public. Nevertheless, the development of CRISPR genome editing technology has been a source of great excitement in the realms of cancer research.

In recent months, this groundbreaking technology has allowed scientists to alter genomes faster and more effectively than ever before. The potential of CRISPR technology to treat not only cancer, but a whole host of genetic disorders, is vast. It may someday allow us to “edit” diseases out of existence.

The precision of gene editing via CRISPR technology is thought to hold particular potential for the treatment of hereditary cancer types. Scientists believe that this technological innovation could one day allow them to pinpoint germline mutations that predispose people to cancer. This would enable them to target and correct the fault at the source, before the disease even develops.

CRISPR is by no means a miracle cure at this point. However, as Dr Irene Chong of Cancer Research UK puts it, CRISPR may provide the ultimate hope in fighting cancer. It may lead to treatment that is focused on prevention rather than a cure. In this way CRISPR is providing hope for cancer patients and medical practitioners the world over.

← What Is the Exome and Why Is It Important to My Health?
Everything You Need to Know about CRISPR Technology →